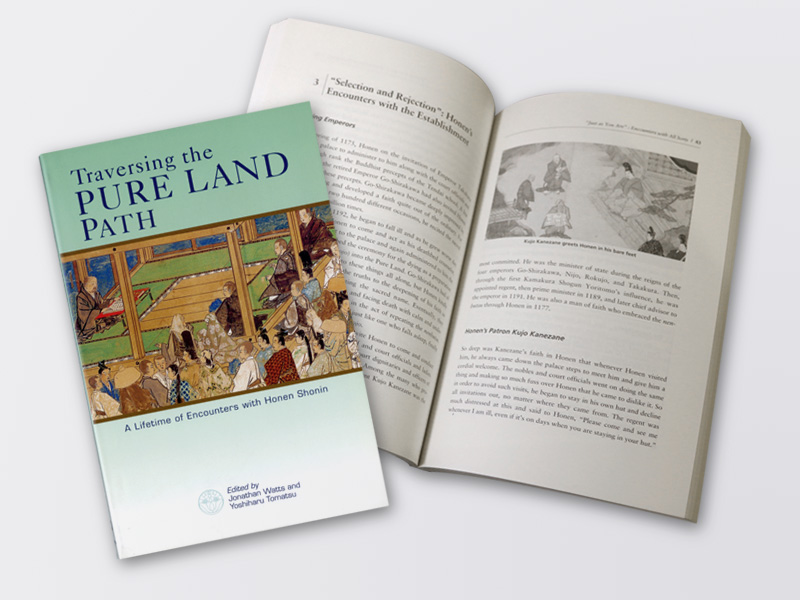 In establishing his own Pure Land Buddhist community in 1175, Honen (1133-1212) initiated the great Japanese Kamakura Buddhist reformation in which the great teachers Shinran, Dogen and Nichiren subsequently followed. Drawn from “The Forty-Eight Fascicle Biography of Honen Shonin” written around 1313, this volume chronicles the lives of the many different kinds of people whom Honen taught to find release from suffering and Birth (ojo) in the Pure Land “just as you are”. Significant new editions of Honen’s own words clarify the various interpretations that his followers took of his teachings. Also, numerous, short information boxes offer background into the history and teachings of Pure Land Buddhism. Reprinted drawings from “The Forty-Eight Fascicle Biography of Honen Shonin”, a designated National Treasure of Japan, are interspersed within the text to dramatize Honen’s life. A special full color section of these 31 reprints is included at the end of the volume.