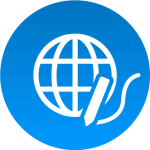 English remains vital for cross-cultural communication, but it’s also true that there’s a rapidly growing need for communication in languages other than English.

In addition to translation from Japanese into Chinese and Korean, Omega Communications is capable of handling translation into various Asian, European and Middle Eastern languages, for which there is growing demand. But even before this recent trend, we have been providing translation into ASEAN languages (Thai, Vietnamese, Burmese, Indonesian and Filipino), Spanish and Brazilian Portuguese and have an established track record in these areas.

Translators into these languages, like translators of Japanese to English, are native speakers who live in Japan or have previously resided here, meaning that they are knowledgeable about Japan. Skilled Japanese editors proficient in the respective languages review translations to ensure faithfulness and naturalness.